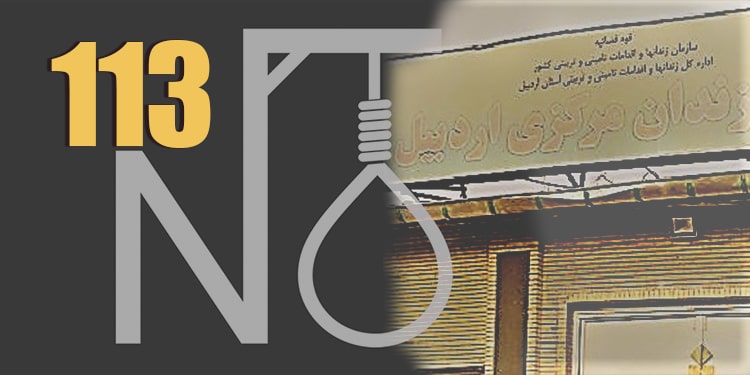 The hanging marks execution of the 113th woman during Rouhani's tenure

Execution of a young woman in the Prison of Ardabil, NW Iran

Execution of a young woman in the Prison of Ardabil, northwestern Iran, marks the execution of the 113th woman during Rouhani’s tenure.

The unidentified young woman, 23, was executed at dawn on Monday, February 8, 2021. She had been imprisoned since five years ago.

There are 50 death-row inmates in the Prison of Ardabil.

The authorities of the Central Prison of Sanandaj in western Iran hanged Zeinab Khodamoradi on December 27, 2020.

More than 4300 people have been executed in Iran during Rouhani’s 7-year tenure. They include 113 women.

At least 18 executions were carried out in the past two weeks, alone.

Iran also holds the world’s record of top. These executions are cruelly unjust.

Two female activists in Iran receive 10 years for their activities