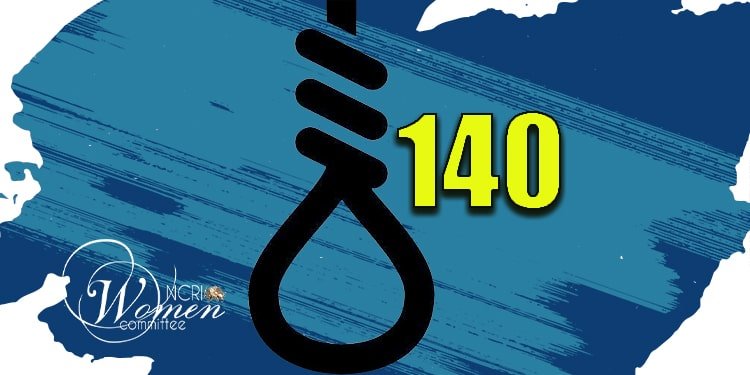 On Wednesday, July 27, 2022, an Afghan national named Senobar Jalali was executed in Gohardasht Prison of Karaj. The execution brings to 140 the number of women executed in Iran since the summer of 2013.

Senobar Jalali was imprisoned in Qarchak Prison. She was transferred from ward 7 of Qarchak Prison on Tuesday, July 26, and moved to solitary confinement in Gohardasht Prison.

Senobar Jalali had murdered her husband in a family fight. An informed source said, “I was with her in ward 5. She tried very hard to get released. She worked hard in prison, washing dishes and clothes. She was nervous but hopeful for freedom. She constantly worked. She was supposed to pay the blood money according to the rules of Afghanistan and spend time in prison for the rest of it. But they executed her.”

The clerical regime sent three women to the gallows on the same day.

On July 21, 2022, Robab Danaii was executed in the Prison of Yazd, central Iran. The regime has thus executed four women in only one week.

Senobar Jalali was a victim of domestic violence

The Iranian regime has embarked on an execution spree in recent months under Ebrahim Raisi.

According to documents from the mullahs’ regime, the Iranian Resistance declared mid-May 2022 that 183 women in the regime’s prisons were on death row or sentenced to death by retribution (Qesas).

Ansarifar family brutalized in vicious raid on their home