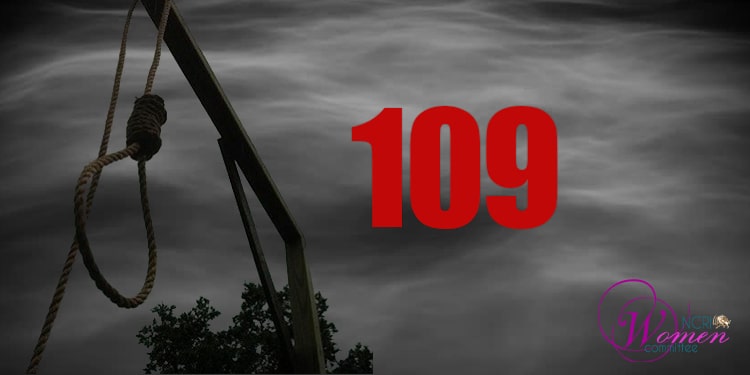 The number of women executed under Rouhani reaches 109

The number of women executed in Iran during Rouhani’s tenure as the mullahs’ president reaches 109.

The clerical regime’s Judiciary carried out the execution of yet another desperate woman at dawn on Sunday, October 11, 2020, in the Central Prison of Mashhad.

The desperate woman identified as Razieh, 37, was on the death row for four years. Razieh, a single woman head of household, was very poor and committed murder out of poverty. (The state-run ROKNA news agency – October 12, 2020)

With this execution, the number of women executed under Rouhani reaches 109.

The mullahs’ Judiciary hanged Mahtab Shafii, 32, at dawn on September 23, 2020, in Gohardasht Prison in Karaj, also known as Rajaiishahr prison.

The Iranian regime hanged two other women in the Central Prison of Mashhad on August 2 and 18, 2020.

More than 4300 people have been executed in Iran under Rouhani’s tenure. They include 109 women and at least 38 juvenile offenders.