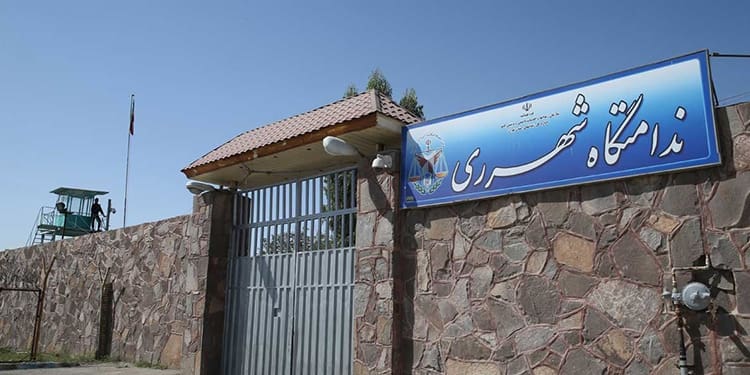 Political prisoner Maryam Banou Nassiri has been transferred to Qarchak Prison in Varamin, after her interrogations were completed.

Agents of the Intelligence Ministry arrested Ms. Nassiri on August 17, 2020, at her home in Qods City, also known as Qal’eh Hassan Khan. They imprisoned her in a solitary cell in Ward 209 of Evin Prison.

Political prisoner Maryam Banou Nassiri is charged with “collaboration with an opposition organization (i.e. the People’s Mojahedin Organization of Iran, PMOI/MEK).” She was transferred to Qarchak Prison on October 22, 2020.

Ms. Nassiri, 62, is a lawyer with four children. She was imprisoned for three years during the 1980s for supporting the PMOI/MEK.

Before Ms. Nassiri, political prisoners Elham Barmaki and Nasrin Sotoudeh had been transferred to Qarchak Prison in Varamin. Yasaman Aryani and Monireh Arabshahi were also transferred out to Kachouii Prison in Karaj.

The relocation of female political prisoners from Evin to other prisons is taking place while prison authorities in Iran have not taken any effective measures to rein in the spread of the coronavirus in Iranian jails. There is also shortage of medical resources in all Iranian prisons.

It is said that the relocations are intended to open up space for new arrests expected to be made on the anniversary of the November 2019 uprising.

New sentences and cases filed for other political prisoners

Two female civil activists, Shahla Jahanbin and Shahla Entesari were called on October 14 and verbally summoned to the Evin Courthouse to begin serving their sentences. Each of the two civil activists are sentenced to 6 years in prison on charges of “association and collusion” and “propaganda against the state.”

Tehran’s Revolutionary Court also sentenced writer and researcher, Sedigheh Vasmaghi, to one year in prison. The Revision Court of Tehran upheld her sentence on October 19 and informed her of it. She already had a suspended 5-year prison term which is now going to take effect with the new verdict.

Environmental activist Niloufar Bayani imprisoned in Evin faces a new case. She was summoned to the courthouse and informed of her charges. The new case was filed against her after she wrote an open letter and exposed that the IRGC and Intelligence agents made threats of physical and sexual abuse to torture her during 1,200 hours of interrogation.