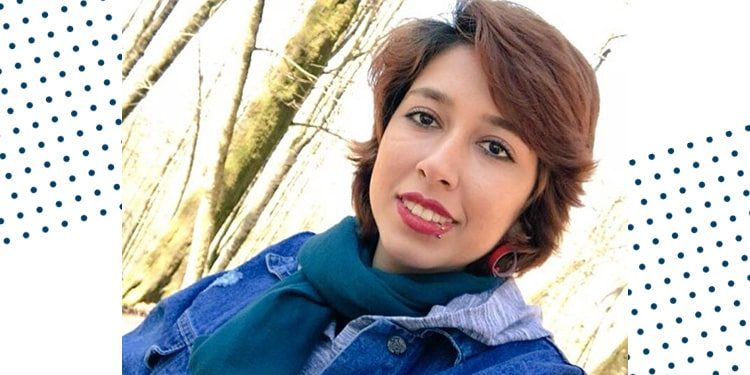 Branch 28 of the Iranian regime’s Supreme Court has rejected a request for a retrial by lawyers of political prisoner Saba Kord Afshari. The court thus endorsed a 24-year sentence for Saba Kord Afshari for protesting the mandatory Hijab.

Saba Kord Afshari, 22, has been serving a nine-year prison sentence in Evin Prison for protesting the mandatory Hijab. Rejecting his lawyers’ request for a retrial, the Supreme Court upheld a 24-year sentence for Saba Kord Afshari. The regime’s Supreme Court did not provide any reason for rejecting the request.

In November 2019, Tehran’s Court of Appeals had reduced 15 years of her sentence, but the same amount of years was again added to her prison term on May 26, 2020. Hossein Taj, Saba Kord Afshari’s lawyer, informed her of this decision in a phone call at that time.

After being re-arrested in June 2019, Saba Kord Afshari was taken to Qarchak Prison in Varamin. On July 2, she was taken to Ward 2A in Evin Prison. The ward falls under the purview of the Intelligence Department of the Revolutionary Guard Corps (IRGC). Saba was pressured to make false televised confessions against her will. She was subsequently returned to Qarchak and eventually transferred to the women’s ward of Evin on August 13, 2019.