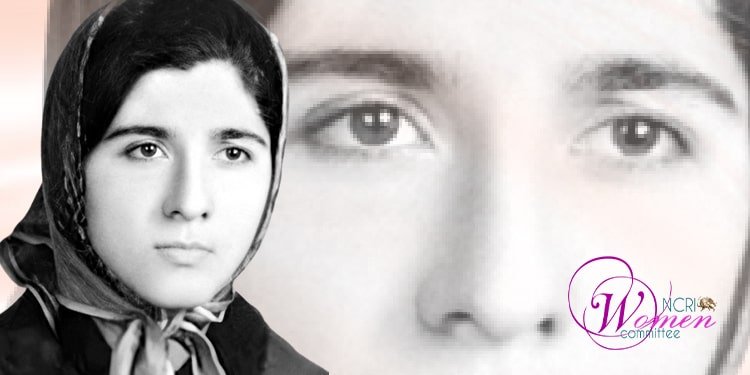 They called her Shurangiz; sometimes, they called her Shuri. She was a legend of resistance. Shurangiz demonstrated enthusiasm, selflessness, compassion, kindness, respect, resistance, boldness, courage, hope, and faith in those around her wherever she was. This honorable doctor was one of the legends of resistance and stability in Khomeini’s prisons.

From Evin and Ghezel Hesar prisons to the seven years of non-stop torture and imprisonment, Dr. Massoumeh Karimian did not lose her faith. She also became more determined, assertive, and more robust in the path of struggle for freedom.

Dr. Massoumeh Karimian (Shurangiz) was born in 1958. After finishing high school, she studied in Europe and obtained her doctorate in physiotherapy.

She was arrested by the Islamic Revolutionary Guard Corps (IRGC) in 1981 and was tortured from the start of her detention.

The prison guards always held a grudge against her staunch resistance and high spirit and quickly targeted her. For instance, if they wanted to punish any prisoner, Shurangiz was always one of them.

She participated in all the protests and hunger strikes.

As an orthopedic doctor, she treated many prisoners who had physical problems due to torture with the limited equipment she had in prison.

One of the former prisoners wrote about Dr. Massoumeh Karimian in her memoirs: “In 1984, I had arthritis in my neck, and Shurangiz made a good neck support for me by using a bleach can and a small amount of fabric, and after being under her care for a while, my neck pain decreased, and I was pain-free for a long time.”

Resistance in the “cage”

One of Shurangiz’s most courageous forms of resistance was when she was in Ghezel Hesar Prison under severe torture.

“She was tall and had long, thick hair and a lovely face. The first time I saw her was in the 1980s when she came to our house for a meeting with several PMOI/MEK supporters. I welcomed them with some tea but did not participate in their discussion.

“After that, I didn’t see her until in prison, Ward 240. She had the same face, kind and determined, but with short hair and a body injured in prison under various forms of torture. She could not bend one of her arms and had to drag one of her legs when walking. The reason was that she had been suspended by her wrists tied behind her back. This practice (called Qappani in Farsi) caused the tendons in her hands and feet to tear. She had also been beaten with a wire cable.

“Despite these conditions, I could see that she was helping the other tortured prisoners. Very brave, determined, and kind. As she was passing by, she greeted everyone very quietly. I was not in the same ward as her in Evin, but sometimes I saw her in the corridor. She didn’t openly acknowledge me because she didn’t want the torturers to target me.

“I didn’t hear about her until I was transferred to Ghezel Hesar Prison in Ward 8. She kissed and welcomed me with her extraordinary kindness. She regularly cared for the prisoners and helped the old and sick mothers there. She also bathed them and washed their clothes. The prisoners in the ward loved her immensely, and all respected her. She never wanted anything for herself and wanted others to be the first to receive blankets, clothes, and small portions of food. I had rarely seen anyone so devoted and pious.

“At that time, because Ward 8 was for PMOI/MEK members, they all talked about political opinions. Shurangiz had deep insights; therefore, many of the prisoners were very motivated by her.

“She was so respected that even when Haj Davoud, one of the most brutal torturers, would come to the ward, he would go past her and say, ‘Oh, Ms. Doctor is still here.’

“She used her medical experience to treat others.

“She talked about the surahs (chapters) of the Quran with a straightforward and persuasive interpretation. Sometimes she made handicrafts, such as stone carving or embroidery, all of which had a political meaning. Once, she made an exquisite embroidery for me bearing a surah of the Quran called Al-Asr (meaning The Epoch).

She took the fabric from a dress piece and made the embroidery threads from a towel. Some nights, she read poems to me that had been written in prison.”

A doctor who hid her own injuries

Another prisoner writes about Shurangiz in her memoirs: “Due to the many tortures, Shurangiz limped and could not walk properly. She never took off her socks because her feet were injured, and she did not want anyone to see them.

“After Massoumeh came out of the cage, they took her to the quarantine ward for several months and brought her to the general ward.

“One day, I saw her while she was taking a bath. I was shocked because months after coming out of the cage, there were still bruises from the brutal kicks of Haj Davoud’s boots on her back. These bruises looked so fresh and new that they looked like they were from that same day.”

Maryam Mohammadi Bahmanabadi had also been tortured in a cage. She was executed during the 1988 massacre.

Maryam said about Shurangiz: “Every time Haj Davoud came to Unit 1, where we were kept in the cages, all our muscles would automatically react because he would suddenly kick our heads and bodies with his boots. Of course, from the back, and since we were blindfolded and sitting facing the wall, we didn’t know who was hitting. From this, I could tell that the black bruises on Shurangiz’s back were the places where the boot had struck.”

Finally, after seven years of resistance in prison and suffering torture, this generous and determined doctor was executed by firing squad. She was among the first group of female prisoners in ward 3 of Evin Prison who were massacred in 1988.

The Khomeini regime announced that Dr. Massoumeh Karimian (Shurangiz) had been executed on November 30, 1988, to cover up the massacre.

Shurangiz was executed, but her cause, passion for struggle, and desire for freedom will remain alive and eternal in the hearts of Iranian women and youth.