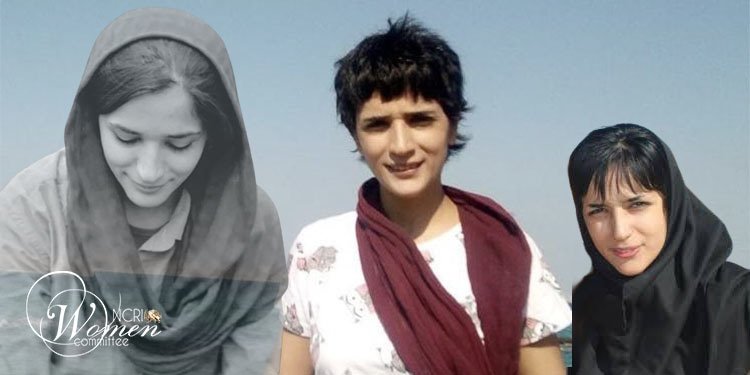 Leila Hosseinzadeh detained in the Central Prison of Shiraz

More female activists are being arrested and detained by the clerical regime’s security forces as Iran uprising has continued well into its 8th week.

Student activist Leila Hosseinzadeh has started a hunger strike while in detention in Adelabad Prison in Shiraz.

The reason she has gone on hunger strike is that she has been denied visitation rights for refusing to wear the Hijab during a visit with her father on November 7.

Leila Hosseinzadeh was arrested and detained by security forces in Tehran on August 20, 2022. She had been released on bail from Shiraz Adelabad Prison on January 2, 2022, as she was not physically capable of tolerating detention after her previous case. She suffers from intestinal Crohn and an autoimmune disease.

In the meantime, it has been reported that the Revolutionary Court of Zahedan sentenced Faezeh Barahoui to 3 years and six months in prison. Faezeh Barahui is a young Baluch woman only 23 years old who was arrested for demanding justice for the State Security Force commander who raped a 15-year-old Baluch girl in Chabahar, one of the cities of Sistan-and-Baluchestan Province in southeast Iran.

The IRGC Intelligence has intimidated and warned Faezeh’s mother to refrain from giving interviews to the press and media on her daughter’s condition. Her father, Nader, was executed by the regime 12 years ago.

Faezeh Barahui was arrested on November 1, 2022, in front of the University of Zahedan and is presently detained in the women’s ward of the Central Prison of Zahedan.

On November 5, 2022, it was reported that Samaneh Fat’hi, Sara Hosseinzadeh, and Marjan Jangjou had been arrested in Urmia, Tabriz, and Shiraz.

Nazilla Maroufian, a journalist reporting for state-run Ruydad24.ir was arrested in Tehran on October 30, 2022. Originally from Saqqez, Ms. Maroufian is held in detention in Ward 209 of Evin Prison. She was detained for publishing her interview with Mahsa Amini’s father.

Another journalist, Marzieh Amiri, reporting for the semi-official Sharq newspaper, was also arrested by security forces on October 31. Her arrest and detention come in the wake of the arrests of Elaheh Mohammadi and Niloufar Hamedi, two Sharq reporters who were jailed after reporting on the death in hospital and funeral of Mahsa Amini.

Two civil activists from Behbahan, Khuzestan Province, were arrested by security forces on October 26, 2022. They were Maryam Kazmi and Maryam Payab.

Maryam Payab was shot in the back during the November 2019 protests in Behbahan but security forces took her captive despite her critical condition. Maryam Payab was sentenced to 1 year in prison and 74 lashes on the charge of “disruption of public order.”

Civil activist Roghieh Bigdeli was summoned on October 27, 2022, to the Intelligence Police Department, but was arrested and taken to Rajaiishahr Prison. She had been previously arrested and detained during the November 2019 uprising.

Security forces also arrested Niloufar Fat’hi, a math teacher, in Tehran on October 18, 2022, and took her to Evin Prison.

Finally, Kurdish political prisoner Sakineh Parvaneh attempted suicide in the Central Prison of Mashhad on October 30, 2022. She and three other political prisoners had been transferred to the IRGC Intelligence detention center on October 23. They were accused of inciting riots in prison.

Interrogators gave her electrical shocks. They threatened to arrest her younger sister if she did not make televised confessions. She did so under torture, but once she was returned to her solitary confinement, she attempted to hang herself. Prison guards found out and took her to the dispensary.