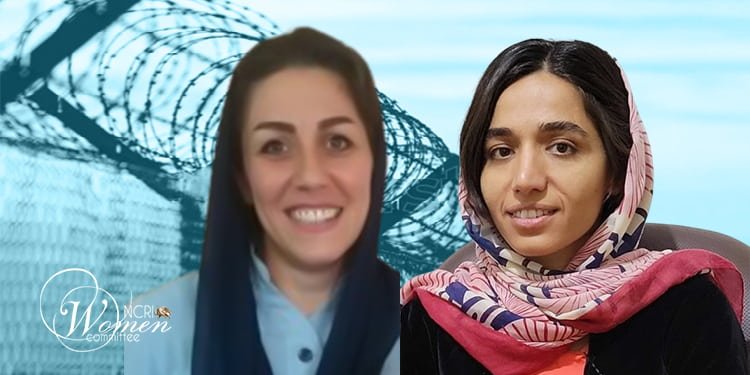 Evin Prosecutor’s Office has opposed Maryam Akbari Monfared’s request to be transferred from Semnan Prison to Evin Prison in Tehran.

Despite the agreement of the Semnan Prison authorities, the request has been turned down by the Evin Prosecutor’s Office. So, political prisoner Maryam Akbari Monfared will remain in Semnan Prison, where she was banished more than a year ago.

Maryam Akbari Monfared has repeatedly requested to be transferred to a prison near her family’s place of residence in Tehran.

An informed source said Semnan Prison authorities had acknowledged that the Evin Prosecutor’s Office had opposed the transfer.

Maryam Akbari Monfared is spending her prison time in Semnan Prison, where separation of crimes is not observed.

Ms. Akbari Monfared is not receiving the medications and treatment she needs because of her GI problems. She is also harassed during visitations and phone calls. She meets her family in the open air and under the summer sun, without any cooling facility or shade they can use.

Zahra Mohammadi is jailed in the Correctional Center of Sanandaj women’s ward to serve her five-year prison time. Her detention in this prison violates the principle of separation of crimes.

Ms. Mohammadi suffers from GI problems but is deprived of medical attention and medical leave.

The latest reports on the conditions of this teacher indicate that the Department of Intelligence of Sanandaj and the authorities in charge of the women’s ward of the Correction Center are hindering her dispatch on medical leave.

Zahra Mohammadi lives in Sanandaj, the capital of Iranian Kurdistan Province. She has a master’s degree in Geopolitics from the University of Birjand.

In July 2020, Zahra Mohammadi was sentenced to 10 years on the charge of “forming a group against national security.” Later in October, her sentence was commuted to five years.

She was transferred to the women’s ward of the Correctional Center of Sanandaj on January 8, 2022, to serve her five-year sentence.

Widows in Iran in the grips of the mullahs' misogyny