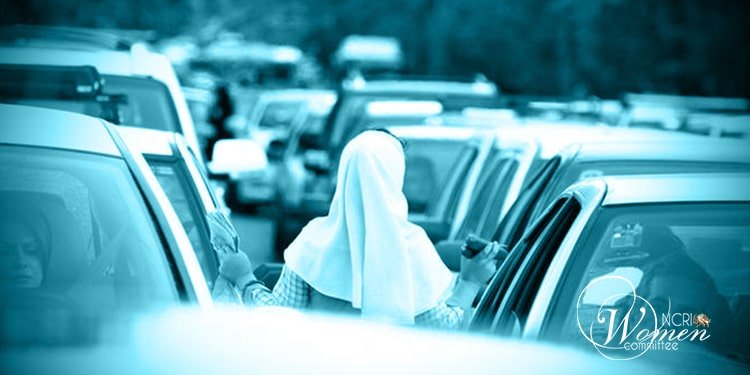 By recalling this International Day, we want to address the current situation of child labor in Iran.

According to unofficial sources in Iran, the number of working children in Iran is between three million and seven million. Most sources have not provided exact figures; instead, they estimate that these are minimum numbers (The state-run Shahraranews.ir – June 12, 2020).

Due to the regime’s lack of transparency in providing statistics, there is no exact figure for social harm, including child labor. The same statistics on child labor have been mentioned unofficially among some sources since 2017. However, poverty and child labor have skyrocketed in recent years.

Economic growth in Iran has remained at zero since the 1990s. In such a society, families have difficulty earning a living to support their family members. Therefore, children from these families are forced to work. A child without experience, knowledge, or skills will inevitably choose jobs such as garbage collection, cleaning car windows, selling flowers and fortunes, or more arduous tasks, such as working on farms or in kilns (The state-run etemadnewspaper.ir – April 7, 2022).

The unofficial statistics of the three million to seven million working children in Iran do not include many of those working in small workshops, home-based businesses, and construction workshops.

For example, teenage girls are suffering in small sewing workshops in Tehran, such as in the Marvi neighborhood. They must sit and work at a sewing machine in cramped quarters from morning to night. They sometimes work as many as 12 hours a day with low wages. These workshops are usually either on the underground floor or the upper floors of ancient buildings in small, cramped rooms. As a result, these girls are always unprotected against harassment by their employers (The Kurdish website aasoo.org – June 12, 2020).

Working girls are bullied and harassed

Unfortunately, sexual harassment has become a routine part of working children’s lives. While there are no formal statistics on this matter, evidence shows that many working children in Iran are sexually harassed. No matter what, even the lowest statistics is still high (The state-run etemadnewspaper.ir – April 7, 2022).

Elaheh Ghorbani, a senior expert in women’s studies and a sociologist, examined the living conditions of working girls in Tehran.

She interviewed around 50 working girls in the 6-16-year-old range. Some of the conditions relayed by the working girls were poverty, the family’s inability to earn a living, family breakdown, and abusive or single parents. Most of these girls moved to Tehran from northern Iran or Sistan and Baluchestan in the southeast. They work as much as most adults – from morning until late at night – and their working conditions are exceedingly harsh.

To avoid harassment, the girls try to look like boys by cutting their hair short and wearing boyish clothing.

According to one of the girls, “While I was waiting to find some work, I put my hands on my face. The whole time I was on the street, I held my hands up so no one could see my face because I was so embarrassed” (The state-run didarnews.ir – May 2, 2021).

Four percent to five percent of working children in Iran have AIDS.

Minoo Mehrz, director of the AIDS Research Center, indicated that the rate of HIV-positive working children is equal to that of sex workers. About 10 percent of the children who are sexually abused experience HIV at the age of 7 (The Kurdish website aasoo.org – June 12, 2020).

Alireza Shafiei Yazdi, a government psychologist, expressed her concern about the effects of sexual harassment on working children. She stated, “Child labor is directly connected to social harm. Over the past five years, the rate of social harm has increased in Iran. Proportionally, the number of working children and the harm caused by their presence has also increased. The economic failure and problems have also led to an increase in social crimes” (The state-run etemadnewspaper.ir – April 7, 2022).

Pictured below are a sister and brother who work on the streets during the day, but sleep in the parks at night. The brother ties his foot to the foot of her younger sister to protect her while they are asleep.

One of the leading industries taking advantage of child labor is garbage collection. With the presence of women and children, garbage collection has now become a family job in Iran. Many garbage collectors are children; most are abused and manipulated by the regime’s mafia gangs.

In 2021, the number of children collecting garbage in the capital was around 5,000. A quick comparison to statistics from the previous year shows that an additional 1,000 children have turned to garbage collection within one year. The daily income of children collecting garbage is 2,000 billion tomans. Meanwhile, the municipality of Tehran alone earns 200 billion tomans from this job (The state-run ILNA.ir – September 12, 2020).

In Ahvaz, an estimated 3,000 children work as garbage collectors. In a report by ISNA News Agency, “Garbage collection has become a mafia in Ahvaz. Many garbage collectors are younger than the legal age. Some are under the age of 15” (The state-run ISNA.ir – May 11, 2022).

In Fars province, 855 street and working children were identified in 2021. The Welfare Organization’s deputy for social affairs in Fars Province stated that most of those children were between the ages of 6 and 17, with working girls representing 16% (The state-run tasnimnews.com – May 11, 2022).

In addition to garbage collection, children are seen doing other types of work.

Young girls sell flowers, chewing gums, paper napkins, etc., at intersections, a daily sight, especially in Tehran. The regime fails to take action to address this social problem and only occasionally collects these children from the streets and harasses them. Most of the children are sexually abused by municipal officials daily.

Another method the regime uses to exploit working children is its florist mafia, which abuses children and pays them 30,000 to 50,000 tomans daily. Meanwhile, the average income for each florist is between 1.5 million to 2 million tomans (The state-run tasnimnews.com – April 18, 2022).

The money earned by children working in the floral industry comes to at least 1.2 million tomans per month. Therefore, the florist mafia receives a monthly income of 45 million to 60 million tomans (The state-run bazarnews.ir – April 20, 2022).

On Thursday, May 19, 2022, Najmeh, a 15-year-old child laborer, committed suicide in Isfahan by hanging herself. She was only six years old when she started selling flowers on the street.

Navid Masaeli, the CEO of the Tolu Mehr and Dousti NGO, focusing on working children, said: “The first time we identified Najmeh was on Jolfa Street in Isfahan when she was about 6 or 7 years old. At that time, she was selling flowers and handicrafts. Sometimes she played an instrument with her father on the street corner. They were a family of eight children (boys and girls), and they were under financial duress. Her siblings continue to work in the streets.”