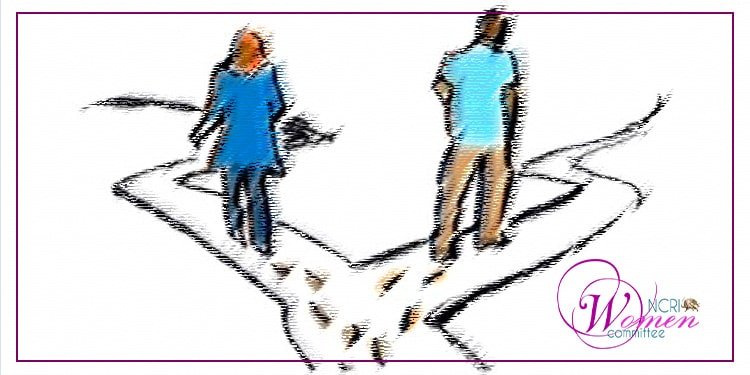 The clerical rule in Iran discriminates against women in all social spheres. Inequality in the right to divorce is one of the most obvious examples. This inequality is such that many Iranian women, when abused by their husbands, prefer to maintain the status quo rather than get mired in misogynistic “family courts” and corrupt judges. Some women even consider suicide.

Article 1133 of the regime’s Civil Code clearly emphasizes, “A man can divorce his wife at any time.”

This means that the man can decide to divorce at will; his only limitation is a legal detail such as receiving a certificate of non-compromise and making a dowry and alimony payment.

While Iranian women are subjected to severe violence and harassment, they only turn to divorce when they have abandoned all hope and decided to accept the social and economic humiliation that haunt them in an archaic culture.

Given these circumstances, women should be more entitled to be protected by the law. But what is the reality in Iran?

This article highlights the ways in which women are forced to file for divorce. These methods should be considered legal barriers for women to achieve their right to divorce.

Right to divorce must be stipulated in the marriage contract

Article 1119 of the regime’s Civil Code accepts a woman’s right to divorce if it has been stipulated in the marriage contract. It should be stated in the contract that if the husband is to marry another woman, is absent for a certain period, resigns his financial funding, or threatens the wife’s life to the point that the marriage is unbearable, the wife must prove the accusations in court.

It is a tragedy to have to prove such matters in a patriarchal court whose aim is to “reconcile” the parties. A marriage contract of this kind would ruin the families’ relationship from the start. Therefore, most families do not accept this type of contract.

Even if such a condition were stipulated in the marriage contract, the woman could not apply for divorce in reality. She would need to have an official document of representation from her husband. In other words, at the time of the marriage, the future husband would have to go to a notary public to grant power of attorney to his future wife and give her the official document for the right to divorce.

The woman’s authorization must be unclaimed, and it must be officially registered that she is fully privileged to divorce.

However, according to Article 678 of the Civil Code, a husband can terminate the power of attorney at any time, unless it is written in the marriage contract that the woman has power without dismissal.

According to Article 1130 of the regime’s Civil Code, to gain the right to divorce, a woman must prove that remaining in the marriage is causing adversity and inadequacy in her life. Only then will the misogynistic ruler allow her to divorce.

Examples include the husband leaving his family for at least 6 consecutive months, or 9 months intermittently in a year, without justification. Other examples include the husband’s addiction to drugs or alcohol and refusing to quit; serving time in prison for more than 5 years; battering his wife or subjecting her to continuous and exceptional abuse; or suffering from an incurable disease.

Besides having to prove the above examples, the wife must prove that the hardship existed at the time she filed for divorce and that it continued. This means that a woman cannot file for divorce based on previous injuries to which she or her children were subjected in the past, and she must prove that her husband continues to display the same behaviors. In other words, the husband can easily change his behavior temporarily and deceptively, to prevent a woman from divorcing, or to pretend that he has changed.

Prior to enacting Article 1130, the same law in Article 1029 based the woman’s request for divorce on 4 years of complete abandonment by the husband. This is different from the conditions contained in the current article.

Accordingly, the regime’s laws have left legal gaps, enabling the misogynistic judges to refuse to grant women the right to divorce, even in the most severe cases of violence against women, which may have resulted in maiming and harm to children.

The regime’s law even imposes hurdles on couples who seek an agreed divorce. Since November 2018 and according to directive 9000/13104/55 issued on December 26, 2018, applicants for an agreed divorce must first refer to the divorce appointment system to be given a time.

After registering, couples must follow a course of consultation, whereby in a 45-day timeframe, the couple must attend five mandatory consultations to obtain a certificate proving irreconcilable differences. Their lawyer can then register for an agreed divorce at the Judicial Office. In an agreed divorce, the woman must first take a pregnancy test under the supervision of the court for the judges to finalize the divorce.

Naturally, the laws applicable to agreed divorce do not allow the woman to apply for dowry.

One last option for women to be divorced is through the ‘Khal,’ or irrevocable divorce. Article 1146 of the regime’s Civil Code describes this divorce as “the couple divorcing due to the woman’s hatred of her husband. The man divorces when receiving an agreed-upon amount of money.”

This means that to get out from under her husband’s domination, the wife must give her husband – who subjected her to severe violence – a financial package so attractive that he cannot turn it down.

Children’s custody not given to mothers

Article 1169 of the regime’s Civil Code grants custody to the mother until the child is 7 years old. Custody is then transferred to the father. Article 1170 states, “if the mother marries during the time of her custody, whether the child is a girl or boy, her custody can be denied at the request of the father.”

Naturally, Iranian mothers feel they must give up their right to divorce so they can protect their children. This is especially true for women who want a divorce because of the husband’s violence or addiction. These women are generally financially dependent and live in dire circumstances.

Children’s custody is awarded based on the age of puberty. According to the misogynistic Civil Code, the right to custody of a girl is only up to 9 years of age and the boy is up to 15 years of age.

In May 2022, the news was published that the regime’s parliament had introduced a new bill that would require an assessment of a man’s financial situation before imprisoning him for not paying his wife’s dowry. If the bill passes, it would be impossible for women to obtain a dowry.

The bill stipulates that “if a request for compensation is made, the man will not go to prison until his ability to pay is proven.” In such circumstances, the woman must also prove that the man has the financial capability.

In accordance with the law on punishing financial crimes, the indebted person is always believed to be capable of paying his debts unless proven otherwise. With this bill, members of parliament, rather than forcing the debtor to pay the dowry he accepted at the time of the marriage, presume that the man is incapable of paying.

The act also represents a type of tax on dowries. The higher the dowry, the higher the tax. Such an act is a new way to plunder people’s rights (The state-run ISNA News Agency – April 24, 2022).

The mullahs’ misogynistic laws have put all kinds of obstacles before women to deny them the right to divorce. This discrimination is part of their policy to suppress women by every means, push them to the sidelines, and make them second-class human beings.