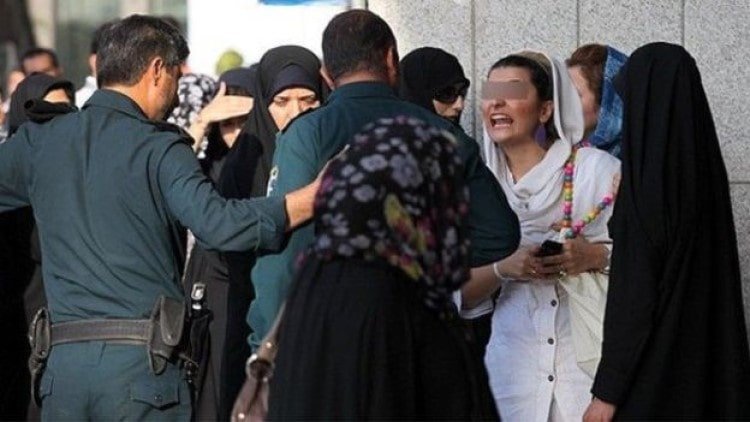 IRGC in charge of suppression of Iranian women

The following article by Elham Zanjani, from the Women’s Committee of the National Council of Resistance of Iran, on the role of the IRGC in suppression of women in Iran, appeared in the newsblaze.com on Tuesday, April 16, 2019.

Last Monday, the US announced it designated the Iranian Regime’s Revolutionary Guard Corps (IRGC) as a Foreign Terrorist Organization (FTO). This designation was a major blow to the theocratic regime by limiting its future actions. IRGC is the main apparatus of repression of the Iranian people, especially Iranian women, the primary driver of war and export of terrorism, and is responsible for pursuing nuclear weapons and missile projects.

Mrs. Maryam Rajavi, the President-elect of the National Council of Resistance of Iran, described the inclusion of the suppressive Revolutionary Guards (IRGC) in the State Department’s list of Foreign Terrorist Organizations (FTO) as a long-standing and righteous demand of the Iranian Resistance. It is also imperative for Middle East security, peace, and stability, and an urgent and necessary step to end war and terrorism throughout the region and the world.

She pointed out what the perpetrators of the “moderation myth in Iran” refuse to acknowledge, “Policy of appeasement has provided so much financing and freedom of action to the mullahs and the Revolutionary Guards over the past decades.”

‘Words of support’ for tortured and incarcerated Iran protesters, religious and ethnic minorities, human rights and women’s rights defenders in Iran, and condolences to families of executed political prisoners were meaningless while the policy of appeasement was in effect. International deals made with the mullahs and their agents were made at the expense of the blood of the Iranian people.

Crimes by the mullahs and the IRGC against the Iranian people were largely unreported by mainstream media. Here are some examples of news we have reported on how the IRGCs actions have harmed the Iranian people, and even more greatly, Iranian women. Even Iranian youth are not spared by the IRGC from its brutal interrogation. 30% of the seats for the admission test in the college entrance exams for assistant physicians and dentists have been denied to the rest of the Iranian society and is allocated to the IRGC and Bassij.

IRGC prevents hall rental for Nargess Khoobani’s funeral because she is the granddaughter of one of the leaders of the opposition.

IRGC affects the savings and investments of the Iranian people

Why did rain storms inundate Iranian cities and villages with mud and sludge? The IRGC has constructed hundreds of dams, dug hundreds of tunnels, and changed the river paths in many places without observing the crucial rules or regulations. They have also resorted to deforestation and taken over the river banks. They have been engaged in destruction or confiscation of properties non-stop and round the clock.

The IRGC’s Khatam-ol Anbia Garrison, located at Kilometer 3 of Shiraz-Isfahan Road, diverted the path of the flood by engineering equipment to protect the IRGC’s basecamp. As a result, flash floods flowed towards Darvazeh Quran in Shiraz. This is while the river path in Shiraz had already been filled by the IRGC. IRGC Commander in the western province of Lorestan stressed on the need to deal with women on the pretext of mal-veiling and said, “Today, we must consider the promotion of mal-veiling as a political and security concern.”

Morteza Kashkuli added, “Today, confrontation with the enemy has shifted from the military scene to the political and cultural realm. We have a lot to do in the veiling realm.” (State-run Fars news agency – June 30, 2016)

The FTO classification is a major and effective step forward for the Iranian people fighting for their freedom and rights because it allows any individual, entity or enterprise that is supporting the IRGC – the mullahs instrument of repression, terror, and executions, to be criminally prosecuted.

It is time to end international support to preserve the mullahs’ rule and time to listen to the chants coming from across Iran. The Iranian people chant in their protests and uprisings, that “the enemy is right here.” Yes, the enemy of the people of Iran is no other than the ruling mullahs and change is their demand.